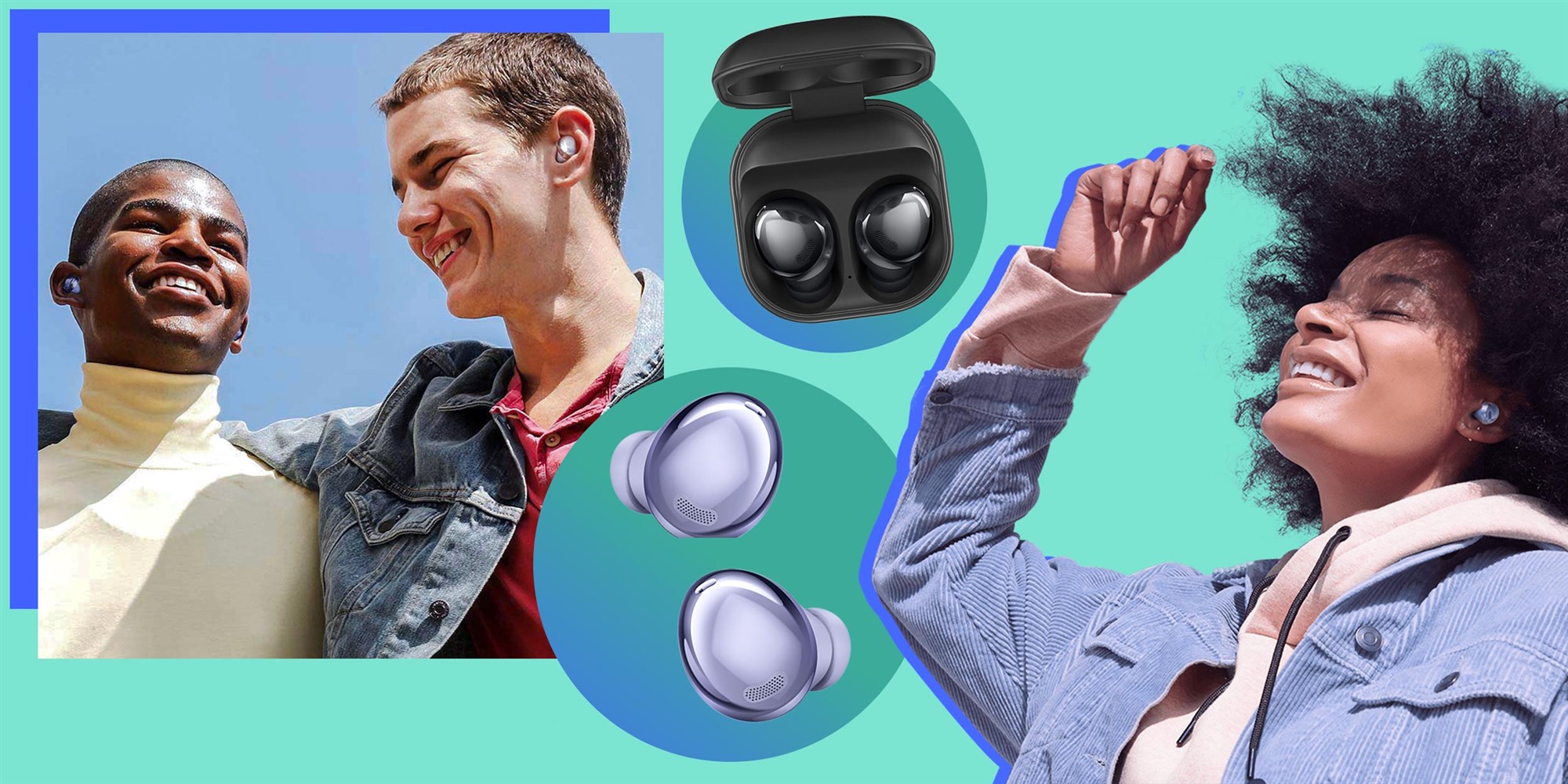 Five years ago, Apple turned the earbud world upside down with the introduction of AirPods: completely wire-free earbuds that pair effortlessly, sound good and fit right in your pocket. They later upped the ante even further with AirPods Pro, adding noise cancelling and a host of other high-end features. Meanwhile, virtually every headphone company has rushed to produce their own true wireless competitor — with varying degrees of success.

Us Android users have plenty of fantastic earbuds to choose from, but the Samsung Galaxy Buds Pro are the first I've used that feel like a true replica of what the AirPods Pro achieve for iPhone owners — and then some. Samsung isn't just copying Apple here: They saw the bar, pointed up higher and cleared it. I've tested dozens of wireless earbuds over the years as a tech reviewer, and these are easily some of the best sounding I've heard.

The Galaxy Buds Pro have some of the best sound quality I've found in a pair of wireless earbuds: Bass is present but not overpowering and the midrange comes through clearly without sounding muddy like so many other options. Coupled with high-end features like noise cancelling, 360-degree spatial sound, and a find-my-lost-earbuds feature, these true wireless earbuds should be on your shortlist if you're rocking an Android phone. You can grab them for at Amazon in three different colors — though they're on sale for $150 at Samsung right now.

The Galaxy Buds Pro do almost everything right from the second you open them up. As you lift the lid of their small, pocket-friendly case, you'll get a prompt on your Samsung phone to put them in your ears and touch the sides to pair them — no fiddling with Bluetooth settings and other pairing annoyances. Non-Samsung Android users may have to pair the traditional way (it's still worth it).

Once connected, the Galaxy Buds Pro work like other modern earbuds, but with one killer feature: top-tier sound quality. That "Sound by AKG" on the package isn't just a marketing gimmick — since Samsung owns longtime audio brand Harman (and, by extension, AKG), they have the same balanced sound signature that the experts at those companies have put years of research into. If you're curious about AKG's industry-defining sound, you can read about it in my recommendation of the AKG K371 over-ear headphones.

And frankly, that would be enough to make them my go-to earbuds. These days, however, it's not enough just to have great sound — in fact, I'd wager most users would gladly sacrifice sound quality for the convenience-first features that have come to define true wireless earbuds like these. Thankfully, the Galaxy Buds Pro have those in spades, as well.

Like other high-end in-ear headphones, the Galaxy Buds Pro equip active noise cancellation so you can block out the low hum of an airplane or the whirring of the coffee machines at Starbucks (once you’re frequenting those regularly again). A long-press on either earbud switches to an “ambient sound” mode, which activates the earbuds' microphones to play outside sounds through your earbuds so you can hear the world around you more clearly than if you merely turned noise cancellation off.

Here's where things get interesting: This noise cancellation also comes with a “voice detection” feature, which will listen for the sound of your voice. When it hears you're talking, it'll automatically turn down your music and switch into that ambient sound mode. When you start talking to the person next to you (whether at work or at home), you'll be able to hear the entire conversation — with your earbuds flipping back to “noise cancelling” mode after the conversation's over. By default, it's set to flip back after 10 seconds of not hearing your voice, but you can adjust this to 15 seconds, which I find more effective.

You also get some basic equalizer presets, and the ability to customize the touch-and-hold gesture for each earbud — but not all the touch controls, which is a small bummer. The Galaxy Buds Pro can, however, read notifications aloud as they come in, and help you find your earbuds if you lose them at your in-laws' house or in a jacket pocket, which I'm embarrassed to say I've done a few too many times. This feature does require the separate Samsung SmartThings app, though, which is also a minor annoyance if you don't already have it on hand.